This post comes from Amelia and Trey, who live in northwest Wales.

Say “Wales” to an outsider and some of the images conjured will include music, and perhaps even the tired if accurate account of hearing hymns sung at a rugby match. Hymns are important to both those who express faith in God and those who don’t. We’ve joined in the tradition ourselves, in both singing hymns as originally composed and arranging some to play with a guitar. We enjoy these songs and the deep truths expressed through soaring melodies and heart-wrenching harmonies.

Wales also has a rich tradition of folk songs and plenty of opportunities to hear new and traditional compositions in live venues all over the country (well, at least before the pandemic—now we tune in to livestreams). We love the stories and the emotions that come through these songs. They offer glimpses into what is important to people—how people see and value their lives and culture today.

We want to step into this conversation ourselves to share our perspective and what we value. Even as newcomers, we want to contribute to the existing tradition. Perhaps we still have styles and markers that highlight our differences, but on the whole we aim to speak in way that makes sense to those who hear us. That means speaking their heart language, but it also means adopting forms—in this case, musical traditions—that are culturally relevant to the listeners.

The song we’ve shared below was written this past year just after Easter and shared through Caersalem Church‘s livestream during the Coronavirus pandemic. The melody is tied to a Welsh children’s nursery rhyme and it’s a good example of the rich tradition of folk melodies and music here in Wales. We first heard the song from an album of nursery rhymes after the birth of our son and it features a little old lady from Cydweli. The refrain immediately caught our attention: “Well, this is the best news that’s come to me.” So we began thinking of the “best news” we had heard and settled on scenes from the resurrection of Jesus: the women, surprised to find an angel at the grave; their account of what they saw to the other disciples, who dismiss their claims; and Jesus’ sudden appearance in their midst.

We’ve had a good example here in Wales of letting the songs we sing to and about God flow from the traditions that already exist here. In 2018 Cass Meurig released her latest album Taith (“Journey”) as a collection of songs she wrote about her own personal journey and taking inspiration from both the Bible and traditional folk melodies here in Wales. A few of her songs (Teyrnas and Mae Iesu’n fy Ngharu, for example) have become part of our own regular repertoire. We’re thankful for the example she’s set. 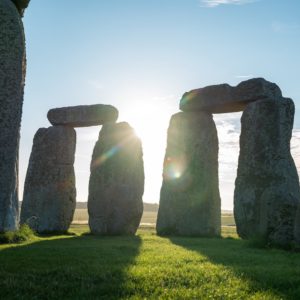 The Celtic Languages
The Celts have often been heralded as the saviours of the Western world for the writings, traditions and practices they…