The term Sprachspielen is German and means “language games.” It is a term coined by the philosopher, Ludwig Wittgenstein to describe the nuance and difference of meaning that words can have, depending on the rules of the context of the situation, or language game, in which they are used.

That is probably a gross over-simplification, but I think you get the idea. Sprachspielen will become a regular segment on the blog in the coming months.

For our purposes and the impetus for the name of this segment, it is an opportunity for me to give definition and explanation for certain terms, expressions, concepts, and principles, which we use often and which are essential to understanding our vision, ethos, and strategy. Many of these terms ma be specialised, unfamiliar to the public at large, or employing a use of these terms that may be different from the norm.

For this first segment of Sprachspielen, I’d like to look at the term “linguistic affinity” or “language affinity,” which we would use synonymously. “Language affinity” simply refers to the way that languages are related to other languages at a genetic level, linguistically speaking. As with people, languages tend to be “related” to other languages, sharing certain features, which would indicate that those languages have linguistic “ancestors” in common. Also, like people and based on these commonalities, languages are often grouped into “family trees,” which have a trunk, large branches, smaller branches, and down to twigs and leaves.

One such linguistic family is the Indo-European language family, which is probably most familiar to you, as it includes languages such as English, Spanish, German, Russian, Farsi, and Hindi, just to name a few. It is a huge family of languages, and about 46% of the world’s population speaks an Indo-European language as a first language. But aside from Indo-European, there are also several other linguistic families, and even some language isolates—those languages that have no proven affinity with any other language or group of languages.

This initial understanding of language affinity will be helpful as we dig into other terms and concepts, which will in turn help you to understand our vision, ethos, and ministry a bit better. We’ll pick up the chase next time.

Here’s more information about the 12 language affinities within Europe 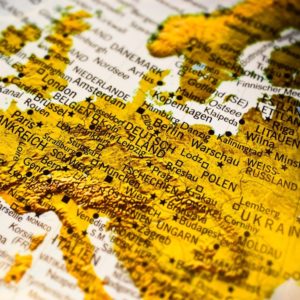